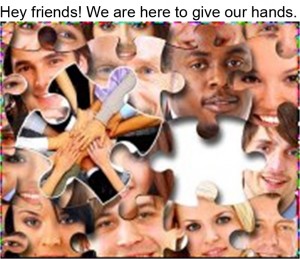 Human beings are distinguished by a special and complementary capacity for service, which, when properly exercised, can renew the quality of the environment and promote the wellbeing of all peoples.  This capacity was referred to by the late Roy Emerson, first President of the International Federation of Environmental Health, in his address to the Inaugural World Congress of Environmental Health in Sydney, Australia in 1988.  There he spoke in a global context of the fact that we are all neighbours now and that there is no finer thing than a good neighbour, and of the role of the Congress and Federation in dealing with problems and reconciling differences.  His successor, Ron Spratt, in his address, followed through by highlighting our collective responsibilities and by challenging the Federation to take up the vital role of stimulating individual countries to fulfill their responsibilities in the promotion of global environmental health objectives.

Fast-forward to Indonesia, Bali for the inaugural celebration of World Environmental Health Day on September 22, 2011. For the occasion a new hymn, composed and performed by environmental health science undergraduates of Indonesia, indicated a desire to look to the future with solid hope and tackle environmental despoliation of the natural world. They declared: Hey friends! We are here to give our hands… Start now, a healthy planet for us.

Let us endeavour to read from the environment itself the signs of our times; signs which speak of unity in diversity, which highlight the consequences of greed and selfishness in environmental disintegration, which identify our weaknesses and our strengths and which bespeak our performance as guardians of creation and carers of one another.   The roots of the global environmental crisis can be traced to the emergence of a scientific and administrative approach largely insufficient for the analysis, programming and management of the environment.  Science and technology must be directed towards the good of humanity, and, accordingly, be governed by ethical and moral principles.  Ideas have consequences.  Insights into man’s relationship with the environment and with neighbour, drawn from cultural, scientific and philosophical perceptions, should be exchanged and studied; and some emphasis placed on interreligious, intersectoral and multidisciplinary dialogue, if antagonisms are to be avoided and meaningful programmes of development and environmental health protection agreed.