A Responsibility to Protect

At the United Nations World Summit of 2005 heads of state and governments from 170 countries gave unanimous approval for the adoption of “A Responsibility to Protect” policy which required UN intervention for crimes against humanity.

Environmental health matters figured prominently in the discussions. At the summit all states acknowledged, not only their obligation to protect their own people, but more crucially, that the international community has a duty to step in on behalf of civilians at risk of crimes against humanity, whenever a government is either directly responsible for these crimes or incapable of stopping them.

In March, 2006, the UN General Assembly (GA) established the new Human Rights Council as a subsidiary body of the GA to replace the Commission on Human Rights. A procedure to lodge complaints has been agreed and the submission of reports on environmental health circumstances affecting displacement victims, and falling within the complaints procedure criteria may be submitted to:

The environment is endowed with its own integrity and dynamic balance; and each and every person and the communities of people bear a responsibility for the care of the environment  .

In 2007, the total number of conflict-induced internally displaced persons (IDPs) worldwide increased to a staggering total of 26 million, the highest ever recorded.  These people were seeking shelter after being forced from their homes. Some 9.3 million lived in 10 countries whose governments were indifferent or hostile to their protection needs. The fact that a great many of them had been denied physical security and integrity, the basic necessities of life, economic, social and cultural needs and lived under environmental conditions inimical to human health, cries out for redress.  The findings can be found in the report: Internal Displacement: Global Overview of Trends and Developments in 2007, at:http://www.internal-displacement.org/

Environmental health sustainability can never be established, never guaranteed, except by the diligent observance of the divinely established order.  Cf John XXIII Pacem in Terris 1963 1 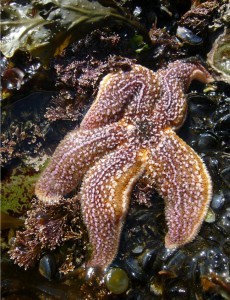 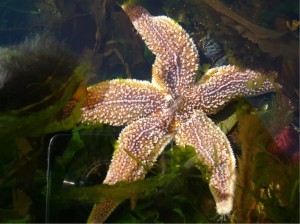 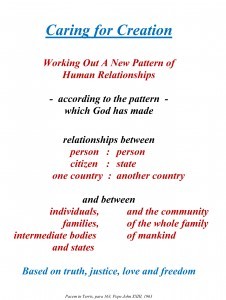 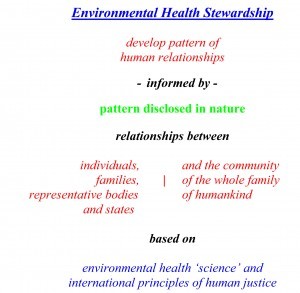