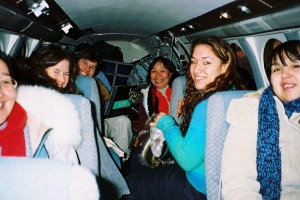 The Niqiit Avatittinni Community Tour of the Territory of Nunavut, Canada commenced on January 12, 2004 with the purpose of disseminating the findings of the Canadian Arctic Contaminants Assessment CACAR II Report. The multidisciplinary group visited 20 fly-in communities and sought to advise and engage in inclusive conversation Nunavummiut (citizens of Nunavut) on its public health message, including the implications for nutrition and environmental health. The Tour concluded on March 26, 2004.

Sylvia Cloutier of Iqaluit, had a major role in the logistics of the visits, including organising flights, accommodation and community feasts and meetings. At one of the lay-overs she asked a question of the Chief Medical Officer of Health (CMOH) related to a serious car accident she had had as a teenager some years previously. She explained that the tibia and fibula bones of her leg were broken, protruding through the skin, and there was much bleeding. Having had a recent x-ray, which indicated all was healed, she sought an explanation as to how that could be possible. The CMOH outlined the body defense and healing systems eloquently and left the group in awe!

On December 24, 2004 the world woke up to a devastating story of a disastrous earthquake and tsunami originating deep within the earths crust off Indonesia, with close on a quarter million deaths and great environmental damage. News spread rapidly and reaction was swift with help arriving from all around the world and even from those within the areas affected. Reflecting on both stories an important truth emerges! 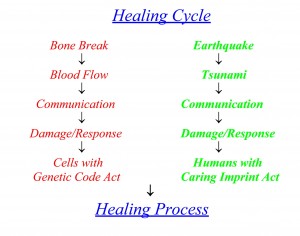 4. Remodeling
Excess bone callus outside bone shaft and within the medullary cavity is removed (osteoclast)
Spongy bone is converted to compact bone.

The structure of animals is the work of a master who is wise and who loves the living. 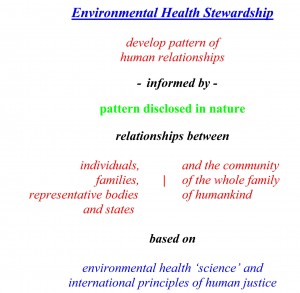