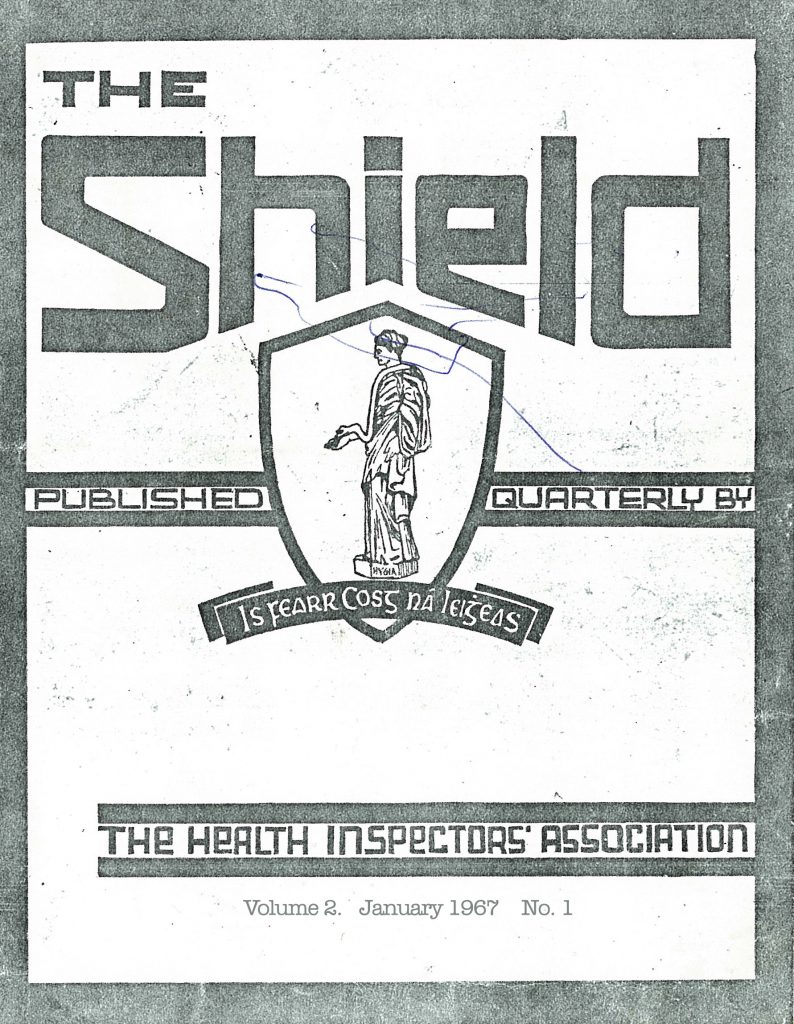 This is an attempt to put to paper some of the experiences I have had both prior to and on commencing this course in Health Inspection. They relate to summer vacation periods spent working in a large meat factory in London. My primary purpose in seeking employment was monetary.

It was only as the course progressed that the great practical benefit to be had was brought home to me. The food worker who observes a hygienic code of practice with no knowledge of the underlying principles demanding that code and the person who has received a good training in those same principles and does likewise may be considered as two very different people. I, for one, have been in the position of both.

I have worked in the Lairage department, slaughter house, lard room, bone meal manufactory, curing department and on the bacon and sausage floors. Last year I managed during break periods to pay a few visits to the quality control headquarters. Here I was given an account of the sanitary measures taken to prevent contamination of food. I was briefed on the programme of insect and rodent control in operation and was informed of the factory’s bacteriological standards applied to foodstuffs. I also paid a visit to the chemical, bacteriological and histological laboratories.

To describe the factory lay-out and detail the works and various processes carried on would be space-consuming. Suffice it to say that this was a modern food factory, with departments that were structurally sound, surfaces that where easily cleanable and floors that were well drained. The cleaning procedures were, in my opinion, up to standard. Hose points were strategically placed and hot water was always available. I have personally dismantled and cleaned a variety of machines and found that, in genera l , they left nothing to be desired. The exception in this respect usually involved a very difficult problem.

For example, I operated a slicing machine on the bacon floor. This sliced fresh pork gammon, the slices falling on to a conveyor belt which transferred the evenly spaced portions at the turning point to a metal mesh tray travelling on a lower conveyor. The slices were then clipped to the tray and this was in turn passed through a brining tank and from there to the smoking room. The under­ side of the conveyor belts presented a problem. Of necessity, this could not be smooth; otherwise the coefficient of friction between it and the rotating wheels would be insufficient to move the belt. To add to the difficulty the belt was always wet. Pieces of meat found their way to the underside. The rotating metal wheels had the effect of embedding at least the fat in the thread work of the belt.

The hot water pressure hose could not, in my opinion, completely remove this waste.

Great importance was attached to the washing of hands and the use of the cream and rightly so. But surely this is not the only virtue that the food worker should acquire. I have myself experienced the trials and temptations that the food worker undergoes and have, on occasion, seen obvious contraventions of good hygiene practice. There were a number of departments in which incentive bonus schemes operated. The quicker a team worked the larger would be their weekly wage packet. Where a team member was slow he would be strongly tempted to omit an hygienic procedure to make up time, e.g., he might not remove the washings from a tank before filling it with meat. On the bacon floor it frequently happened that trays of sliced back, streaky or gammon pork fell on the floor. Food workers were instructed to place such meat in red trays and this was used as animal food. I have seen it taken from the floor and clip­ red in the normal fashion as though nothing had happened. The same thing happened with sausages. On another occasion I saw a food worker standing in his rubber boots in an ice crystal manufacturing machine shovelling the ice into a container to be used as an addition to sausage meat. The machine’s dispenser was out of order. Had he first washed his boots there might not be any great objection in the circumstances.

All food workers were, in fact, informed of their responsibilities under the Food Hygiene Regulations and it was made clear that any breach of the Regulations might be followed by disciplinary action by the Company in defence of its own obligations.. Unhygienic practices have from time to time resulted in reprimands, suspensions and dismissals. It would be difficult, I think, to find a Company more hygiene conscious than this. I am sure too the time, effort and money devoted to the production of clean food was more than considerable. Yet I believe too t much of this effort could be thwarted by the average food handler’s ignorance of the principles of food hygiene.

Food workers should be made aware of the difference between food as nourishments and as a poison resulting from bacterial contamination and multiplication. Only then would they realise their important and unique role in the public health promotion programme and handle food in such a manner as to produce an end product offering no unnecessary risk to the consumer.